"January in Cairo II: The Ministry of Culture" 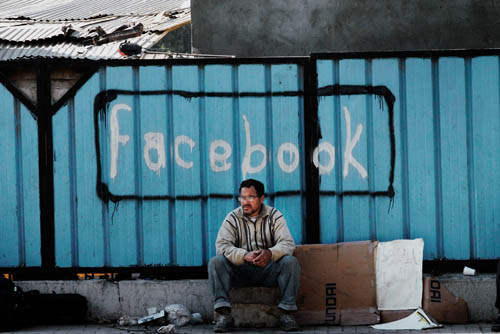 “When the revolution happened, every artist I knew put down their materials.” William Wells, director of the Townhouse Gallery, is well placed to speak. Some say he has done more for contemporary Egyptian art in the last decade than the Minister for Culture. In 1998 he established the independent art space in downtown Cairo, in a nest of streets where for some time the ahwas(coffee-shops) have been busy with political dissidents. The gallery took an active role in the uprising, giving their space over to the revolutionary Radio Tahrir. “Many artists moved very smoothly into political activism, using their skills in the service of the revolution.”

Tahrir became a theater for political operations which harnessed extraordinary creativity: “In the first eighteen days vendors mixed with artists … it was hilarious, people were responding to things very quickly, creatively. Moments after the regime announced that the protesters were representing the United States, someone in Tahrir Square had produced books which said ‘US Agenda’, ‘Israeli Agenda’ and so on.” When protest encompasses everything that art has – or aims for – the privileged seclusion of art seems obsolete. Artists started to collect and organize data, to serve the revolution by making real information available online. “There was mass documentation … filmmakers started making work around the square itself.” “Then another group of revolutionary artists: filmmakers, grafiti artists came running.” Artists turned to raw data collection to record state violence: “people were taking USB sticks from phones … people filming people filming.” Townhouse helped to set up screens in Tahrir Square where this work could be shown. Then “the army smashed the screens … we created something and they destroyed it.”