"Taking South Sudan to the Globe: Shakespeare from the newest nation" 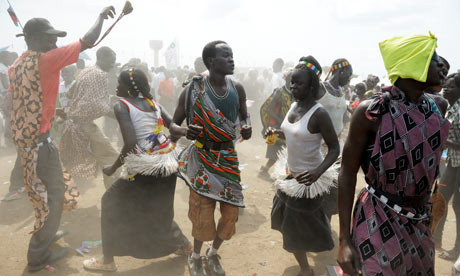 Cymbeline to be performed in Juba Arabic as part of Globe to Globe strand of World Shakespeare festival.

Their country is less than nine months old and still coping with the aftermath of decades of war, widespread poverty and an education system badly in need of repair, with around 80% of the population illiterate. But a theatre company from South Sudan wants to show a different side of the country when it participates in the World Shakespeare festival at the Globe theatre in London.

Led by the directors Joseph Abuk Dori and Derik Uya Alfred Ngbangu, the South Sudan Theatre Company will perform Cymbeline, whose themes of conflict, resolution and co-existence with a previously hostile power chime with the country's recent history. The two men visited the Globe this week in preparation for their production, which will be staged at the theatre in May. 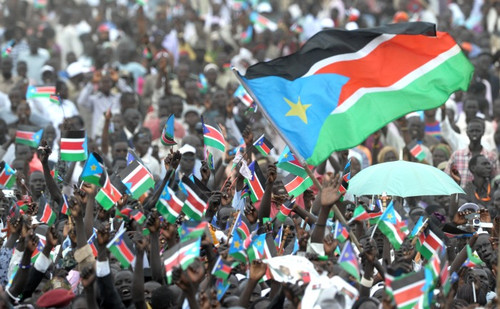 In a land where the state has yet to set up much in the way of infrastructure, the church with its simple but sturdy network is king. At least, so one might be tempted to say in South Sudan where a civil administration is only gradually being built as the region heads towards independence, separating southern Christians from northern Muslims. A secession referendum held last week enjoys massive backing from church leaders who are far more respected by the population than the grim old bush fighters that lead the soon-to-be country. Priests urged believers to vote in churches across the south.