All The Wrong Places 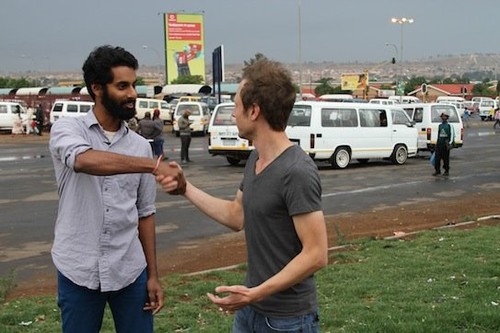 If you are shaking your booty in South Africa, specifically Johannesburg, you are most likely listening to House music. And in South Africa, Kwaito is their street-styles, unique local flavor of music, with heavy House and African rhythms and local dialects.

From when it first hit the streets in the early 90s, Kwaito was so intensely popular in South Africa (the world’s House music market) they organized an entire awards ceremony just for it. This new genre began in Pretoria, and then rapidly spread to Johannesburg and became known as sound of the post-apartheid--an uplifting celebration of boundaries breaking and a bright new chapter in South Africa’s long dark history.

And because the new Kwaito artists couldn’t get any airplay on the local radio stations, they decided to take their music to the people by using the hundreds of township taxis to promote their music. Smart thinking given a recent Pretoria University study estimated that between five and 10 million South Africans use taxis every day.

Taxi stands or Kombis, are the main source of public transportation in South African townships, since many residents can’t afford to own cars. Taxi drivers played a pivotal role in breaking new Kwaito artists by playing and selling their CDs to their captive taxi audience. 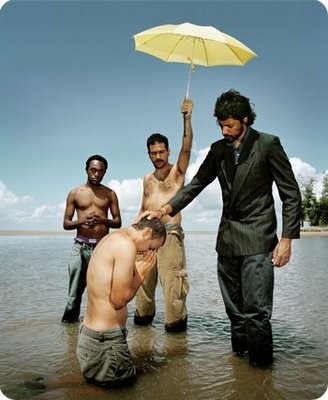 Naipaul, "The Masque of Africa – Glimpses of African belief" 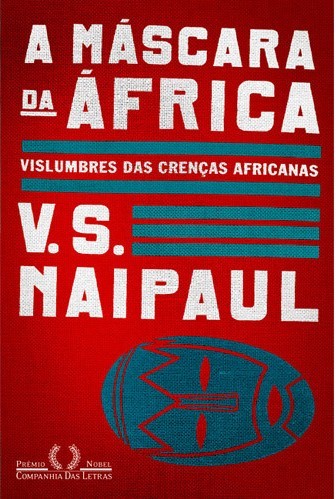 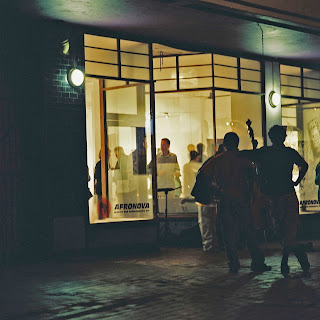 Like a net; Egoli collects the brightest stars of the dark constellation, coming to chip away at her gold and seeking her diamonds

Its beacon of light: the coke tower, now the vodacom tower with its prostitutes, and hustlers, Joburg proudly displays her disparities, even in the scenic Joubert Park with its whites only benches and likewise drinking fountains.

My mother told me stories of batoned police keeping the peace in the town centre. I remember riot police, enforcing the law, and keeping the pavements safe. Back then there were no street vendors from Ghana and Mozambique selling roots and herbs, or Chinese traders vending golden watches and sunglasses.

Like a magnet Jozi transfixes the country bumpkin, fresh off the train and teaches him to wield a knife, as he slips into the seat of his newly acquired German-crafted, four-wheeled status symbol. Oranges, pears, bananas, and avocados tumble to the ground as a father of four looses his pulse in the wake of Jakes and his crews´ scrambling feet-cuoshioned in the high stepping bright white All Star trainers; as red syrup seeps in to the concrete sidewalk.

Deeper and deeper below, the sound of the pneumatic drill comes to an abrupt halt as an army of sixteen blackened faces burrows further in search of a slight twinkle in the dark. Their black voices beat on the army of white ear drums above with their hands on their hips.

In the Newtown District, the new generation, the first generation, of black-diamonds* sips cocktails, and strokes silk-clad thighs, while signing million rand contracts in the full glory of the African sun. They... we, smile, and the African sky smiles back. After all we are the new precious article of this Southern Africa Capital. The new kings and queens driving capital and industry on the very streets where our grandparents drove wheel barrows. We spit instructions in English, Sotho, and Venda, while receiving concurrence in Afrikaans, Xhosa and the almighty Zulu.

On either end; Alexandra and the infamous Soweto townships buttress this powerhouse of African modernity. In these outskirts of Johannesburg the young and old continue the waiting game for fathers and mothers to return to these battlegrounds where dreams are dashed and schemes realised.

* A marketing term describing the group of young black (not including Indians or coloureds) South Africans who make up the middle class (well-educated, wealthy, salaried, in suitable employment, creditworthy, property and car owners, aspirant, with confidence in themselves and in the future).