"Baloji: the sorcerer of African rap"

New direction: Baloji put behind him the life of an illegal migrant who survived for years through petty crime

'When you’re at the airport, about to be deported, there’s no friendly cop to tell you you can phone your family,” says Congolese rapper Baloji. “That happens in films, not in reality. I was crying, telling them I didn’t want to go. Congo is my country, but I’d been living in Belgium for 20 years. That was the moment I realised the strength of my connection to Europe.”

One of the most exciting talents to emerge over the past year – his current album Kinshasa Succursale is a superbly nuanced blend of verbal passion, traditional Congolese sounds, funk and reggae – Baloji could be the artist to give African rap a truly global profile. Despite the massive popularity of rap on the continent itself, and isolated successes such as Somali wordsmith K’Naan, the international perception of African hip hop has been of imitative gangsta rap at one end of the spectrum and bland positivism at the other.

Baloji, however, has the great advantage of being able to look at Africa from both inside and outside. He understands the contradictory position of the African in Europe having plumbed it to the depths in his own life. Commanding in performance, philosophical in conversation, he has been, in more difficult stages of his life, just the sort of shiftless, stateless marginal person who puts the wind up settled Western society – a sometime illegal migrant who survived for years through petty crime. 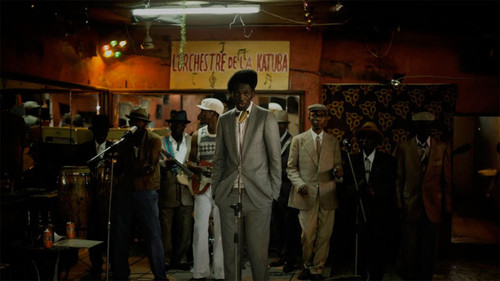