"Why Shakespeare is … Brazilian" 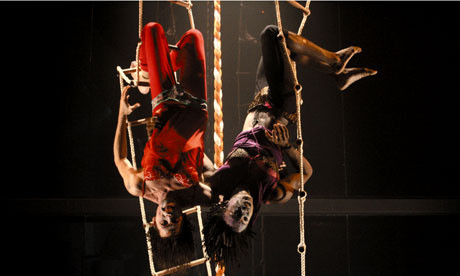 In the first of a new series celebrating the World Shakespeare festival in collaboration with the RSC, director Renato Rocha explains why there's no one like the Bard when it comes to analysing Brazilian politics.

In Brazil we grew up hearing wise phrases: "Love is blind", and "There are more things in heaven and earth ..." A little older, in school, one of the first names we heard was Shakespeare – the English bard, one of the great geniuses of world literature, maybe the greatest. Suddenly we realised that many of the wise phrases we know were in fact Shakespeare's.

I started working in theatre at the age of 13 with a group of young artists who wanted to change the world. We used to do theatre in open spaces. There were 30 artists, including actors, musicians, and dancers; sometimes horses too … We performed classics including A Midsummer Night's Dream and Romeo & Juliet. Nick Bottom was my first Shakespeare character. I became obsessed with the idea of performing this great writer and his enchanting stories.