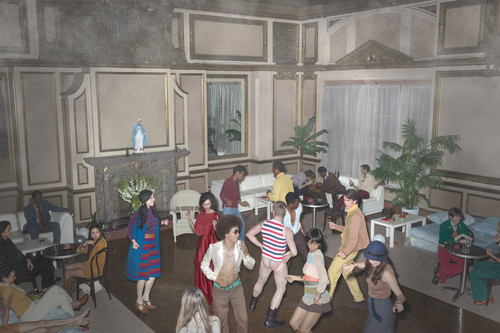 The photographer Stan Douglas’s new project “Disco Angola,” a work in progress, is on display at the David Zwirner Gallery in New York until April 28, 2012. The New Yorker announced the show in Goings on About Town with the image above. What’s amazing is that Douglas has not been to Angola, though from what I read in this interview with Monica Szewczyk he has done a good bit of studying up.

Here are some of the photos from the show which puts, as Douglas describes it to Szewczyk, postcolonial Angola and postindustrial New York in visual touch, makes capoeira and kung fu “visual rhymes.” I think he is on to something.