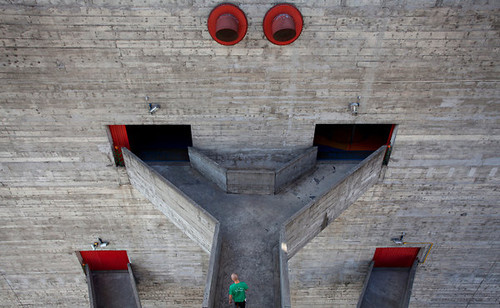 SÃO PAULO, Brazil — All over the world cultural organizations are tightening their budgets and paring back productions. But Danilo Miranda faces a different challenge, one that makes him the envy of his peers. As the director of the leading arts financing entity in Brazil, his budget is growing by 10 percent or more annually, and he must figure out ways to spend that bounty, which amounts to $600 million a year.

Standing at the window of his office here one afternoon late last year, Mr. Miranda pointed to one of his group’s most ambitious initiatives. In the courtyard below, the avant-garde French troupe Théâtre du Soleil, based in Paris and led by Ariane Mnouchkine, was erecting a giant tent where it would begin a tour of Brazil.

Mr. Miranda’s organization, SESC, a Portuguese acronym for Social Service of Commerce, is also strengthening ties with American artists. It sponsors a jazz festival in conjunction with Nublu, the New York record label; has signed an “institutional partnership” with the Spanish-language TeatroStageFest company; and has presented work by David Byrne, the salsa drummer Bobby Sanabria and Robert Wilson. Mr. Wilson, a director whose works include the operas “Einstein on the Beach” and “the CIVIL warS,” is discussing a long-term collaboration with SESC, as is the Globalfest showcase of world music held in New York every January.

Continuar a ler no The New York Times.