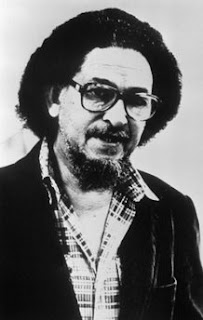 to wrench my heart.

exile is not amputation,

there is no bleeding wound

no torn flesh and severed nerves;

the secret is clamping down

sealing in the acrid searing stench

that scalds the eyes,

swallows up the breath

and fixes the brain in a wail—

until some thoughtless questioner


I can exclude awareness of exile

until someone calls me one.

after a crisis, delirium,

my heart knows an exhausted calm,

to put myself to sleep

but something reminds me of you

and I cry out

5.
I have been bedded

in London and Paris

in Munich and Frankfort

and still my heart cries out for home!

in a foreign landscape, 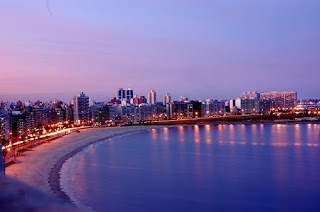 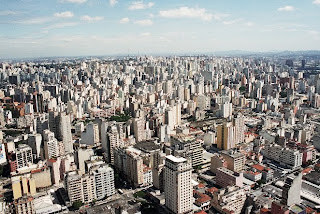 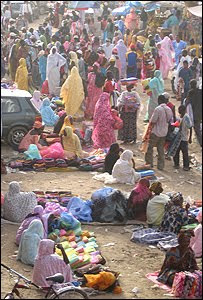 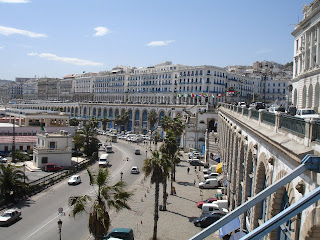 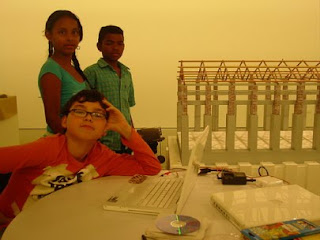 Próximo Futuro
A UN representative has said relying on foreign aid to achieve the Millennium Development Goals did a disservice to Africa, and has called on African governments to find alternative funding sources and clean up their act. Mais aqui.
16
Dez09

A slow maturing of democracy

More Latin Americans now trust the government than the army

Despite the recession which rippled across the region over the past year, Latin Americans are more supportive of— and satisfied with—their democracies and their governments. More of them favour the market economy, and most take a dim view of Hugo Chávez, Venezuela’s radical leftist president. Those are among the findings of the latest Latinobarómetro poll taken in 18 countries across the region and published exclusively by The Economist. Because the poll has been taken regularly since 1995, it tracks changes in attitudes across the region.This year’s poll was taken in late September and October, when many countries in the region were starting to pull out of the downturn. Latin Americans felt the recession, but in most places only moderately. Respondents describing the economic situation as “bad” or “very bad” increased from 35% last year to 40% this year, while those calling it “good” or “very good” fell to 43% from 47%. Unemployment edged ahead of crime as respondents’ main concern, as it was in all the previous polls except last year’s (though in seven countries crime remains the number one worry).
Yet this did little to diminish Latin Americans’ increasingly sunny mood. Support for democracy is at its highest level since the late 1990s, up 11 points from its trough in 2001. A clear majority across the region are now committed democrats (see table 1 and chart 2). Elections that ushered new presidents into office brought the customary boost in support for democracy in El Salvador and Panama.

In Honduras so, seemingly, did the coup in June against Manuel Zelaya, the elected president. Among respondents in that country, 58% disapproved of the coup; in the region as a whole, only 24% of respondents approved of it. (But 61% of those polled in Brazil, 58% in Mexico and 42% in the region agreed that the army should remove a president if he violates the constitution, as the coup leaders in Honduras claimed of Mr Zelaya.) Meanwhile, there were big falls in support for democracy in Colombia and Ecuador.

Even more strikingly, satisfaction with the working of democracy has increased sharply, to its highest level since the polls began (chart 3). Trust in democracy’s basic institutions is also growing steadily, albeit from low levels (chart 4). Those saying that democracy cannot exist without political parties have increased steadily, to 60% from 49% in 2001, when amid economic collapse protesting Argentinians shouted at their politicians, “Que se vayan todos” (“kick them all out”). For the first time since Latinobarómetro began polling, more respondents now approve of their governments than trust the armed forces—a milestone in a region with a long history of military interventions in politics.
All of this is in marked contrast to the last recession in the region in 2001-02, which undermined Latin Americans’ faith in democracy. One difference this time is that many do not seem to blame their governments for the downturn. Another is the sense of greater well-being generated by five years of faster economic growth until 2008 and, in many countries, more effective social policies and some income redistribution. The fact that democracy has brought political change, allowing the left to come to power in many countries for example, also has an impact.

All this seems to point to a slow maturing of democracy in Latin America. “There’s an important increase in the legitimacy of governments, which is good for democracy,” says Marta Lagos, Latinobarómetro’s director, though she cautions that it is also providing fuel for the spreading habit of presidents seeking re-election.
Greater faith in democracy has gone hand-in-hand with more support for the market economy—despite the financial crisis (chart 5). But there is disenchantment with markets in Colombia, even though the country all but escaped recession. That may be because of the collapse of several big pyramid-savings schemes, or because unemployment has risen sharply. One in three of those polled across the region now say that privatisations were beneficial for their country, up from 22% in 2003.

There are hints, too, of greater social liberalism. Those who say they would not like to have homosexuals as neighbours have fallen from 59% in 1998 to 29% this year. On the other hand, 36% say that women should stay at home, rather than go out to work, the same number as in 1997. A similar proportion say that men make better political leaders than women.
The upbeat mood is particularly striking in Brazil and Chile, where two-thirds of respondents said their country was progressing (Panamanians and Uruguayans were not far behind). Even the notoriously curmudgeonly Peruvians have warmed a bit to democracy. But Mexicans are gloomier, unsurprisingly given that the economy shrank by 10.1% in the year to June. So in some ways are Argentinians: not only do only 25% approve of their government, only 4% of those polled thought the distribution of income was fair and only 13% think any progress has been made over the past two years in reducing corruption (compared with a regional average of 39%).
The poll offers a warning to Mr Chávez. Though 45% of Venezuelan respondents still support his government, that is down from 65% in 2006. And although he has nationalised many businesses, 81% of them say that private enterprise is indispensable for economic development, a big increase on previous years. Support for the market economy among Venezuelan respondents has also surged.

The poll also suggests that Mr Chávez’s image in the region is much less favourable than that of many other leaders, and especially than that of Barack Obama (chart 6). The advent of Mr Obama has boosted his country’s standing in the region: 74% of respondents had a favourable opinion of the United States, up from 58% last year and the highest figure since the polls began. Nevertheless, more respondents now see Brazil as the most influential country in the region, ahead of the United States and Venezuela. But the influence of the United States is ranked higher than Brazil’s in the northern part of the region.
Latinobarómetro is a non-profit organisation based in Santiago, Chile, which has carried out regular surveys of opinions, attitudes and values in Latin America since 1995. Further details at www.latinobarometro.org
16
Dez09 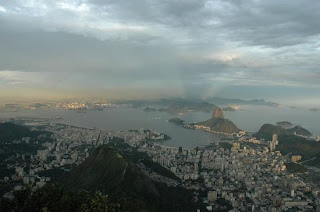