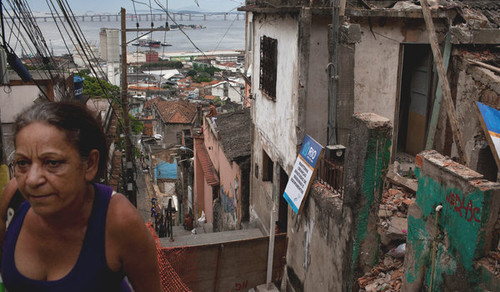 RIO DE JANEIRO — It was supposed to be a triumphant moment for Brazil.

Gearing up for the 2016 Olympic Games to be held here, officials celebrated plans for a futuristic “Olympic Park,” replete with a waterside park and athlete villages, promoting it as “a new piece of the city.”

There was just one problem: the 4,000 people who already live in that part of Rio de Janeiro, in a decades-old squatter settlement that the city wants to tear down. Refusing to go quietly and taking their fight to the courts and the streets, they have been a thorn in the side of the government for months.