"Is Arab cinema on the cusp of a potential renaissance?" 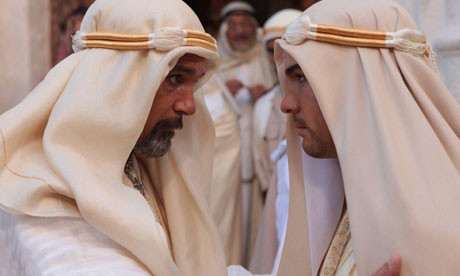 The Arab spring has focused western attention on the Arab world in an unprecedented way. While events in Bahrain, Libya and Syria have turned progressively more violent, there was a period last year when Arab youth inspired onlookers with their courage and thoroughly modern attitudes. However, for a region of more than 300 million people, and with a rich tradition of folklore and storytelling, the Arab world has been historically underserved by its cinema. Egypt can boast of a proud film-making industry that dates back more than a century but, beyond that, the picture has often been less encouraging.

When I began my career as a film producer in Tunisia in the 1970s, there was nothing remotely resembling an Arab film industry. Potential financiers, particularly those in the petro-dollar fuelled economies of the Gulf, were more focused on infrastructure and defence investments than culture. The region was also woefully lacking in cinemas and, while the Arab world was officially bound by the same language, in reality the 22 countries all had dialects and local customs that frequently remained specific to their own borders. The result was the absence of a genuine pan-Arab market for Arab cinema, with only a handful of film-makers, such as Egypt's Youssef Chahine, receiving international recognition.