"On first anniversary of Mubarak's ouster, unease reigns in Egypt" 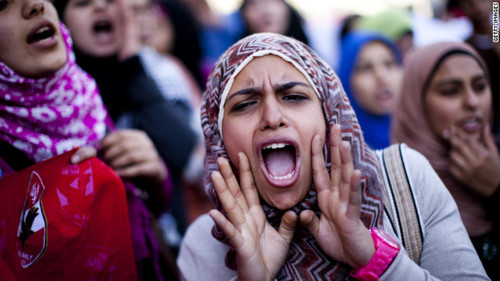 Hosni Mubarak's fall from power a year ago stunned the world -- three decades of iron-clad rule ended in 17 days by an unexpected groundswell of popular protests.

A banner headline in the Al-Ahram newspaper said: "The people have toppled the regime."

But in the year that followed, Egyptians increasingly realized that what they ousted was one man, not the military that stood behind him. And they grew bitterly frustrated at what they perceive as the slow pace of change.

Saturday brought another reminder of the powers that be in Egypt as America's top military officer was in Cairo to meet with his Egyptian counterparts.

On the table for discussion was the fate of 16 Americans who are among 43 foreigners working for civil society institutions who are to be tried in Egypt for receiving illegal foreign funding.