"A Cultural Clash Over the Bad Old Days" 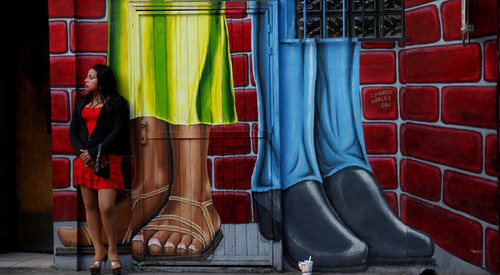 Men and women, young and old, all walk slowly now by the empty lot at Eighth and Constitución. Everyone stares. Some stop. Many point or shake their heads with surprise.

“It’s really gone, wow, La Ocho,” they say, referring to the old, wretched jail where drunk Americans and hardened Mexican criminals huddled behind bars amid the stench of vomit and corruption. But was the demolition, which took place last month, good or bad for Tijuana?

Few cities would even ask, in the face of such civic filth. La Ocho, after all, was a holding pen where American teenagers who were caught with a joint or had too much to drink often had to pay a $2,000 bribe for freedom. It was prison on prime downtown property, where gang leaders roamed free on the top floor as peons suffered below in tiny cells with useless toilets.